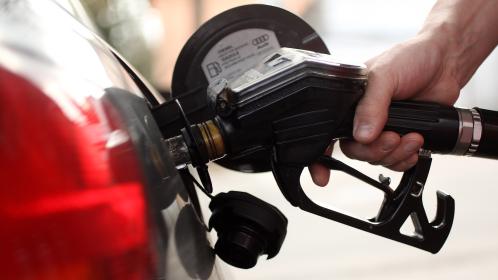 Modern diesel cars produce more than twice as much toxic gas as a lorry or bus of the same age, analysis has found.

There is less risk of inhaling dangerous levels of nitrogen oxides from standing beside a new lorry or bus with its engine running than standing beside a car, according to the research. The results strengthen the case for tougher pollution tests for cars, which will be debated this month by EU states.

About 25,000 deaths a year in England can be linked to vehicle emissions, and nitrogen oxides from diesel engines are one of the main pollutants. They inflame the lungs, cause respiratory diseases such as asthma and have been linked to a raised risk of heart attacks, strokes and cancer. Pollution also increases the risk of dementia for those living near a busy road, according to a study published this week.

Governments have used tax incentives over the past 15 years to encourage drivers to buy diesel cars because they produce lower greenhouse gas emissions than petrol cars. Gordon Brown, as chancellor, announced in 1998 that “diesel cars should attract less vehicle tax than their petrol equivalents because of their better CO2 performance”. Barry Gardiner, the former shadow environment minister, has admitted that it was the wrong decision. More than 36 per cent of cars on the road use diesel, up from 14 per cent in 2001.

The reason buses and trucks show lower emissions is probably that they are subject to much stricter official pollution tests than cars, according to ICCT. The legal limit for new diesel cars is 80mg/km but this only has to be achieved in laboratory conditions. ICCT said that car companies used prototypes that had been specially prepared to do well in the tests. Since 2014 lorries and buses have been subjected to tests on the road of randomly selected vehicles.

Last year it was revealed that Volkswagen had cheated emissions tests by ensuring that diesel pollution controls worked in the laboratory but not on the road. Peter Mock, managing director of ICCT, said that an improved test was being introduced from September. However, he said that it would still be open to manipulation by prototype cars. “It would be much better to measure ordinary mass-production vehicles, obtained from customers driving them in an ordinary way,” he said.

The European Commission is expected to publish proposals this month for more rigorous testing of privately owned cars during normal usage. ICCT said that some manufacturers and EU states were trying to block the plan. The government has agreed to revamp a plan to curb emissions after the High Court ruled the existing one would take too long. Last night data from King’s College London showed that Brixton Road in south London breached nitrogen dioxide pollution limits for the entire year in the first five days of 2017