Home > Sport Cars > What does the release of the all-electric Porsche Taycan mean for the future of sports cars? 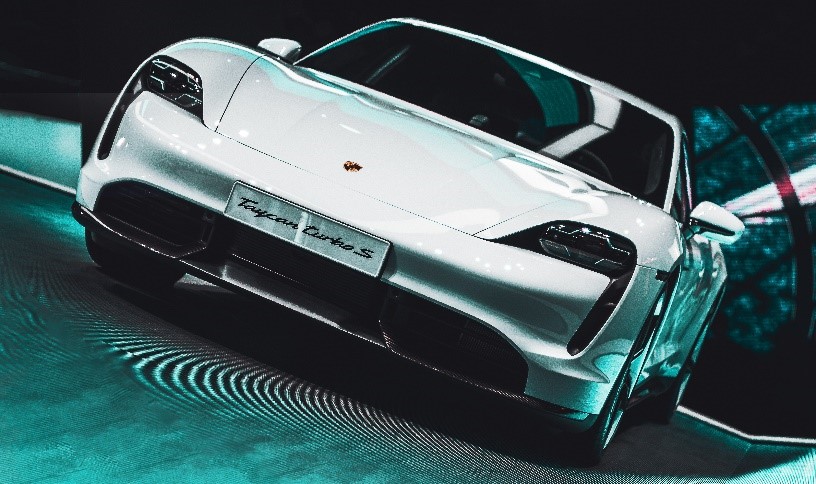 Sports cars have always been the affordable equivalent of the snarling, full-throttle supercars most of us dream of owning. Drivers love them for their punchy acceleration and aggressive handling which has always been engrained in their DNA, but also for the sheer thrill of driving them and the smile they put on our faces.

But now, releasing in early 2020, comes an all-electric sports car from Porsche, claiming to be able to muscle its way in with the established regime. No matter how bold it claims to be, the proof is in the pudding, so can the Porsche Taycan really hope to compete with its petrol-powered competitors?

What stands in the Taycan’s way?

Just like a kid on his first day at a new school, the Taycan has to face down the unwilling and well-established masses and try to assert its dominance in a sector so well-populated it can be hard for new combustion sports cars to make much noise at all. However, unlike the timid schoolboy, the Taycan has come out bristling and with all guns blazing.

The Taycan’s test data boasts performance figures akin to the mid-range sports car market it hopes to infiltrate, and, unlike electric rivals Tesla, it doesn’t struggle to replicate its personal best for acceleration, (0-62 in 3.2 seconds) and top speed (162mph) time after time. And, to add more ammunition to its arsenal, it lapped the infamous Nürburgring in 7mins and 42seconds – a record for a four-door electric vehicle and faster time than most of its competition managed. How about that for making a statement?

The hype of the Taycan

The Taycan isn’t just making waves in the sports car sector – Porsche’s customer base has jumped on the bandwagon as well. Porsche originally aimed to make 20,000 Taycans – recently, they had to increase production and hire 500 new workers to keep up with the 32,000 reservations already placed. And that’s with a starting price of £115,000 for the Taycan Turbo, not mentioning the £132,000 price tag carried by the Turbo S. While a more affordable option has been announced, that won’t be released until the latter half of 2020.

So, what are you paying for and is the Taycan really worth that eye-watering price tag?

A sports car in every sense of the word – just electric

Well, in the words of those who have driven the Taycan and the sounds of the reviews, yes.

All the claims Porsche have made about their new electric flagship seem to stand up to scrutiny – the Taycan’s performance, reliability, fast-charging and range, (the electric equivalent of miles per gallon), figures are all at a level which suggests the Taycan deserves a place at the sports car table. And, as electric vehicles produce zero-emissions – an absolute must to combat the climate crisis – can there really be a future for combustion vehicles if the results are this good?

Well, don’t go damming combustion just yet because the Taycan does have a few chinks in its armour as it prepares to face the fire-breathing petrol dragons down.

Where combustion still has the edge over the Taycan

By its definition, a sports car must be sporty, delivering maximum thrills and excitement as it holds you by the throat as you just keep it the right side of the ragged edge of grip and handling. It should be light as a feather, change direction on a sixpence and allow you to brake late enough and hard enough that you only avoid the onrushing barrier at the last possible moment. Without all that fun and madness, it just becomes another vehicle.

And that’s the main problem the Taycan has.

Batteries are bulky and, at this stage of electric development, there’s no getting around that. This does mean the Taycan feels heavy in the bends and lurches ungracefully into corners like a drunk on a dancefloor. And, while the electric acceleration delivers a smooth and steady burst of power, the onboard computers sterilise the aggressive handling many sports car drivers crave. Not only that, the styling has been criticised for looking too much like a Tesla, a blandness many people fear will continue the wider the electric market grows.

It’s not to say that the Taycan looks ugly but compared to the range of stylish combustion sports cars available, there’s nothing memorable or flashy about it – except for its all-electric power of course.

The main concern for drivers, however, is the controlled feel of the Taycan’s handling. Those who have driven think it is slightly too safe for a sports car; not quite aggressive enough to encourage people to pay so much more than the combustion equivalents. It’s worth mentioning that the Taycan is over £70,000 more than the most expensive base model competitor, the Jaguar F-Type.

Does that mean the Taycan cannot break into the market?

It’s certainly got two large issues which could put many traditional sports car fans off, but the Taycan can certainly hold its own. Its range of well over 200 miles on a single charge makes it no liability, as Porsche themselves proved, racking up over 2,100 miles within 24 hours – the equivalent of going from Athens to Valencia or Perth to Melbourne. Obviously, there’s a lot of charging time included in that but the fast-charging ports Taycan drivers can use charge the car from 5% to 80% in just 20 minutes! (Though they are far and few between, the Taycan can also charge in around 7 hours off of a traditional home charging port) but as the equivalent to miles per gallon, such a large range, when compared to notorious gas guzzlers such as the Ford Mustang, makes the Taycan an attractive option and could help recover some of the price tag in the long run.

Electric power clearly doesn’t make the same guttural barking sound of a traditional combustion sports car but the Taycan doesn’t suffer from the irritating mosquito whine of other electric cars – many people have commented on how nice the motor sounds – and the braking system delivers much like a traditional combustion sports car rather than the energy recovery system implemented by other electric vehicles.

What is the future of sports cars then?

It’s early days, but the future is looking electric. The Taycan could spark a revolution in sporty electric vehicles and, with Lamborghini announcing its new all-electric Sian for 2021 along with Aston Martin’s Rapide E, it is a revolution already gaining momentum. If, as early predictions suggest, the Taycan can rival traditional combustion vehicles in terms of performance, acceleration and reliability, while also producing zero-emissions, why would any manufacturer look back?

The Taycan is the future and the future is starting now. The electric revolution begins.

Author Bio: Drew works for BookMyGarage writing blogs, website content and almost everything else in between. He works closely with ex-mechanics and subject matter experts. When he’s not helping you save money on running your car or making your driving life easier, he can be found either with his head in a book or with a golf club in his hands (usually looking for his ball in the woods