Home > Automobile News > If You Can Wait, The New GTR Of The Future Is Going To Blow You Away 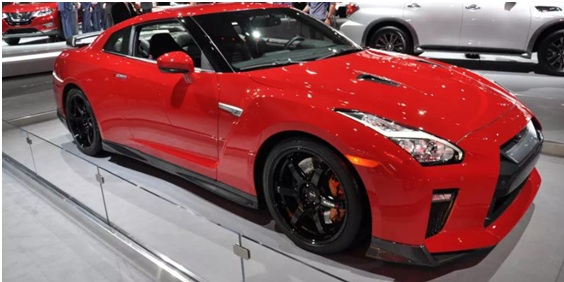 There is always speculation about what car manufacturers are going to do next. From self-driving cars to onboard technology straight out of science fiction, the GTR is one of the most highly-anticipated cars of the future. Why is that? The GTR in its inception was a concept car that has always been a step above and something to admire.

It isn’t just about the power that the GTR packs, to be honest; it is about the coolness factor that it displays with its sleek design. A step ahead of other car manufacturers, the turbo combustion and integrated technology are some of the most advanced designs in the industry. The track edition slated to be released next year will cost about $149,000, which is about double of what it cost just one decade ago.

Why is the GTR worth so much in the car buyer’s world?

The new GTR Track Edition is hand-assembled, which in the car industry is literally unheard of.  It also has a 3.8-liter turbocharged V6 engine that delivers 565 horsepower of force. That equals somewhere around 467 pounds per foot of sheer force, which is unparalleled in the automotive world. The AWD comes standard, as does the Titanium exhaust system, which means that no upgrades are overlooked.

If the GTR wants to put itself in a class alongside the Porsche 911, Dodge Viper, or the Chevrolet Corvette, it had better have something special to offer. Without the name brand that comes with the other “luxury prestigious” brands, what the Nissan includes better be over the top and willing to topple the competition — or it may be left in the dust. What sets the Nissan GTR apart from other car makers is the flash and over-the-top color scheme, like the black interior and the leather Recaro-covered front seats — which for the right buyer is a major selling point.

If you put the GTR up against the likes of the Porsche 911, the GTR will literally leave the Porsche 911 in the dust. Whether you are looking for the Premium, the Track Edition or the NISMO from a Surrey dealership, the upgrades will not only impress you but everyone around you. The connectivity built-in is something straight out of science fiction. It contains an entire Display Commander Dash that allows you to control the car from a multi-touch screen. Scroll through the centrally-located menu to control all aspects of the car.

What sets the engine apart from the competition

The Nissan GTR is a lightweight twin turbocharged engine that isn’t like the other heavy gas- guzzling cars with the same power and strength. The high performance has some of the highest fuel efficiency for such a masterful car. The IHI turbocharger, which is mounted on the back of every engine, is an intercooler which stops the engine from overheating and ensures that there is no lag in the turbo boost or as the torque rises. That makes for a more high-precision and responsive feel and drive.

No safety feature is overlooked when the GTR is handmade, from roof-mounted curtain airbags to front and side-impact airbags, so when traveling at high speeds neither driver or passenger needs to worry about safety. The car can go from 60 to 0 in less than 103 feet, which is less than any other car currently manufactured. That means that it can literally stop on a dime. The only things that you won’t get with the GTR are forward collision assist, blind-spot monitoring, or advanced driver assistance. Arguably, that’s something that should be added at such a high price point.

The reason for the high price tag of the GTR isn’t based on name brand or prestige; it’s due to the customization and utilization of the best materials around. Each car is made after it is ordered, so it isn’t like other car manufacturers who make cars ahead of time that sit around waiting to be bought. The GTR is made for its owner only and is completely handmade, which is why it is really something spectacular.

The 2017 model is already spectacular, but talk of what the future will bring is blowing car enthusiasts away. For now, they will all just have to wait and see how much farther Nissan will push the envelope.