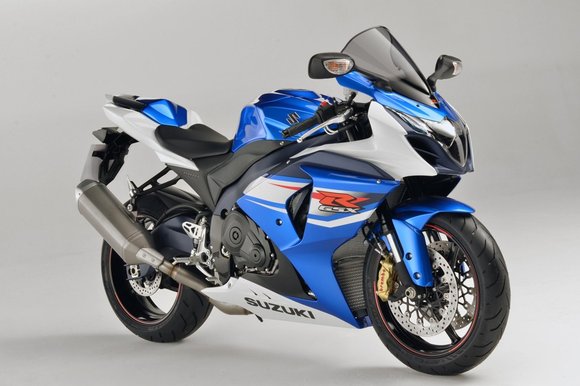 Suzuki’s Gixxer has gone under the knife and a bargain buy has emerged.

Any biker with a heart, which is all of us, has to feel for Suzuki. Hit by a triple whammy of the downturn, strong yen and plummeting sports bike sales, in 2010 it pulled down the shutters on 41 of its 133 UK road bike dealers.

As you’d expect with less cash flowing into the coffers, the latest version of its iconic sports bike is not a new machine but a subtly tweaked version of the old one.

That’s all the bad news. The good news is that the old Gixxer was such a good bike the Suzuki boffins didn’t need to do much to improve it. Sit on it, and only a few fresh graphics give any hint that you’re astride a new model. The riding position is exactly the same: slightly sporty, slightly cramped for us taller riders, and mirrors that are, er, slightly useful.

Still, never mind, for where the boffins have really been at work is under the tank. By reducing the weight of the pistons and fiddling about with ventilation holes, valve seats and cams, they’ve left the maximum horsepower the same, but cured the only fault of the old Gixxer: a slight dip in power between 6000rpm and 7000rpm, which was noticeable only because the rest of the power delivery was so silky.

They’ve also dumped one of the two silencers to reduce weight, and shortened the gearing slightly. This means a huge grunt away from the lights and out of corners all the way from low revs to maximum power, accompanied by a magnificently visceral snarl from the exhaust as those lightweight pistons leap up and down like excited puppies down below.

When you get to that stage, there’s no point asking for more, since power starts to dip until the tacho needle is bouncing gently off the stop at 13,500rpm. Braking, thanks to new, more efficient Brembos at the front, is brutal but precise. The same can’t be said of the handling: at low speeds it is vague. At higher speeds the bike requires more of a shove than, say, a Honda Fireblade to get it cornering. After that, though, it responds obediently.

Yes, I can safely say I was enjoying myself right up to the point when the heavens opened for heavy showers interrupted by torrential rain. Still, at least it gave me a chance to appreciate the power mode switch, which on the old Gixxer was dash-mounted so that you had to take your left hand off the bar to work it while shutting the throttle.

Now there’s none of that nonsense, with two switches on the left bar allowing you to toggle instantly between poodle, which reduces the power for wet riding, labrador, which gives you the same power but more gently, and greyhound, which does what it says on the tin.

So the good news is it’s better than the outgoing model, and cheaper than its main rivals the BMW S 1000 RR, the Yamaha R1, the Kawasaki Ninja ZX-10R and the Fireblade. It’s got less grunt and fewer gizmos than the Beemer, but is more comfortable than either it or the R1, and is almost as user-friendly as the Blade, so I predict buyers will be existing Gixxer owners upgrading, or owners of other marques looking for a bargain.

Whether those add up to the sales needed to pull Suzuki out of the doldrums, ask me again in a year.