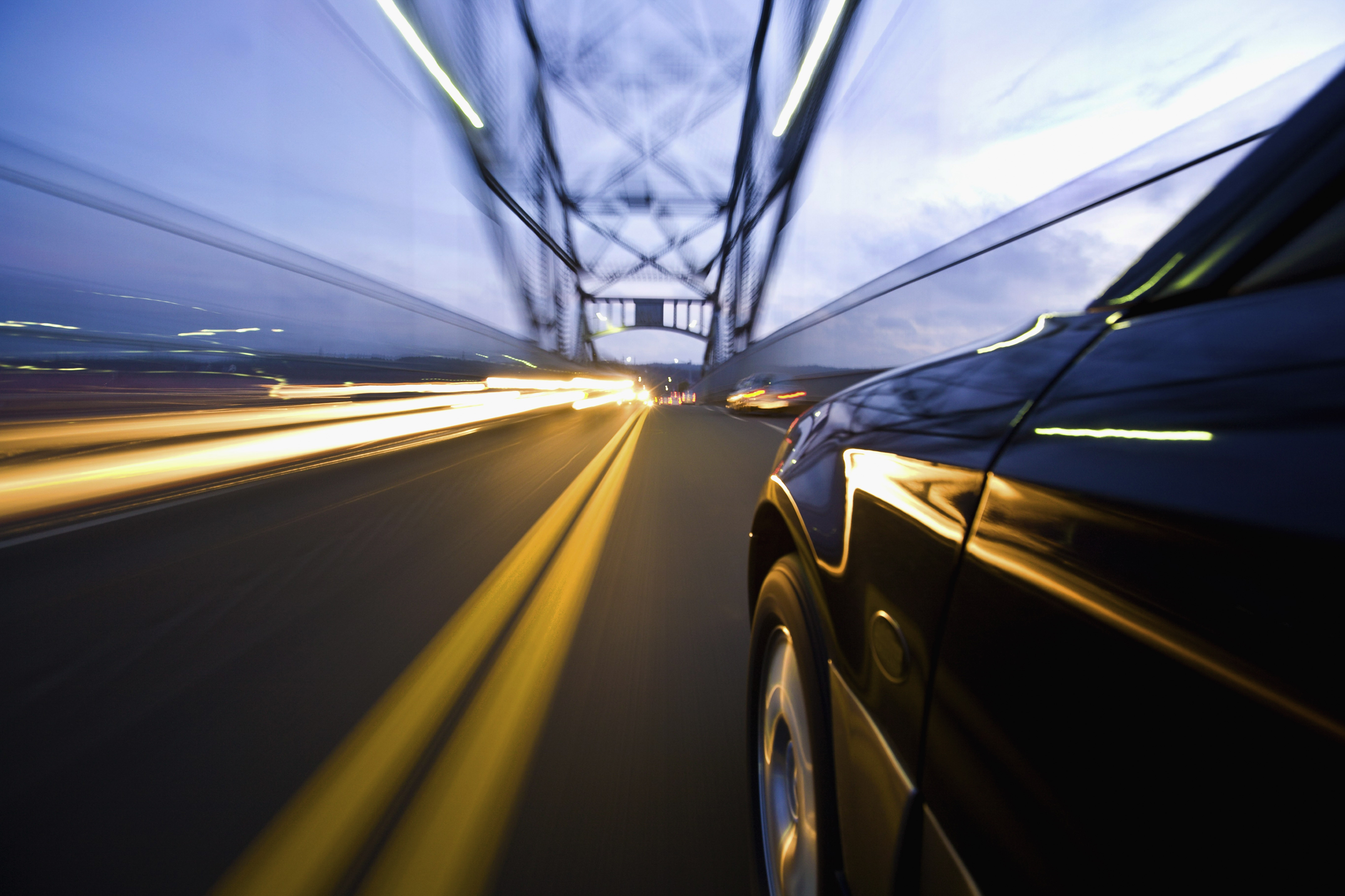 Speeding is perhaps one of the biggest paradoxes of modern times. As automotive technology continues to come on leaps and bounds, and produces ever faster and more powerful vehicles, the powers that be continue to think up increasingly new (and profitable) ways to curtail our speed habits. For many, driving a powerful car is simply too much of a temptation and they end up putting their foot to the floor regardless of the consequences.

Many cities in the UK have now restricted their speed limits to 20mph, a reduction of 1/3 from the previous 30mph limit, particularly on smaller back streets. Add into this the new introduction of temporary speed limits, average speed checks and new speed cameras, it is little wonder that more and more people are finding themselves with speeding tickets to pay and in extreme cases even court summons.

In the UK, the minimum penalty for speeding is £100 fine and 3 points on your licence. If you have been driving for two years or less, your licence can be revoked if you obtain 6 points or more.

The reason for these new speed limits is to curtail the dangerous driving habits of many road users and to protect drivers and pedestrians alike. There are more cars on the road than ever before, which means each driver must act responsible. More cars equals more congestion, more passengers and therefore a higher chance of an accident occurring. Losing control of your car now would have more dire and costly consequences compared to 50 years ago, when the roads where far more empty and there was less technology to be damaged.

We had a look at speeding in the UK – and the infographic below details what we found: 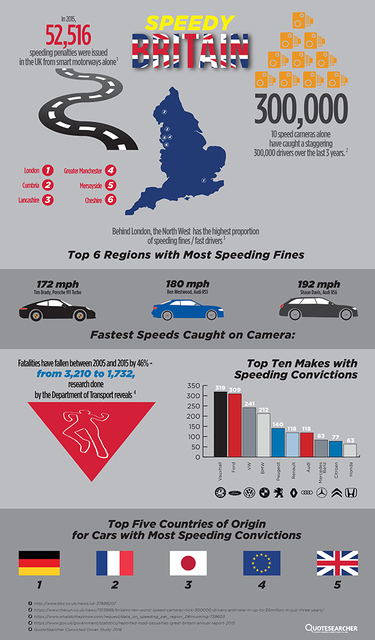 QuoteSearcher looked at over 15’000 users, and dug out the ones looking for convicted driver insurance, specifically around speed related offences. They then checked to see which vehicle manufacturer was the most prevalent, with Vauxhall leading the pack, closely followed by Ford. There are actually many different insurance policies for drivers that have been convicted for different reasons. For example this dr30 car insurance is for those that haven’t provided evidence when convicted of drink or drug driving.

When it comes to the fastest speeds ever recorded in a driving conviction, all three are attributed to German car manufacturers, two being Audi and the other Porsche. Interestingly, Porsche is third in the rankings, behind the 2 Audi’s.