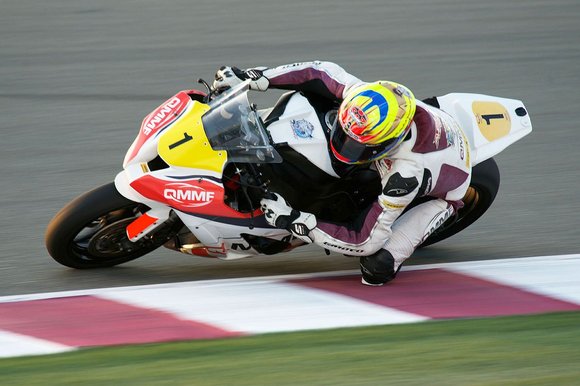 ONE of Qatar’s most senior sports officials has been accused of trying to secure a top seat on a world motorcycling governing body by bankrolling lavish junkets for voters.

Nasser Khalifa Al Attiyah, who is the head of the Qatar Motor and Motorcycle Federation (QMMF), is embroiled in a row with two other members of the controlling board of the Federation of International Motorcycling (FIM) who accuse him of using his wealth to try to influence the upcoming federation election.

A leaked email seen by The Sunday Times reveals that Attiyah invited more than 20 delegates from European and Middle Eastern federations to the Doha round of the world superbike championship last weekend ahead of the ballot of all the FIM’s member associations on November 22. 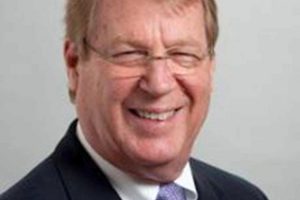 Robert Rasor, the FIM’s vice-presidentThe visitors had their flights arranged by the QMMF and were treated to a stay at the five-star Hilton hotel on the Doha waterfront, a sumptuous gala lunch and VIP hospitality at the superbike race. Witnesses said each guest was given a travelling case as a gift.

Qatar’s sporting ambitions have been the subject of controversy since the country’s successful bid to host the 2022 football World Cup was mired in allegations of vote buying.

The Sunday Times revealed this year how Mohammed Bin Hammam, then the country’s top football official, used secret slush-fund payments and lavish junkets to win support for Qatar’s bid. The official bid committee denies that he was working on its behalf.

Robert Rasor, the FIM’s vice-president, who chairs a committee drafting a new code of ethics for the organisation, accused Attiyah of apparently “using his wealth . . . to drive the election” as part of a wider Qatari campaign to buy its way to dominance in world sports.

He said: “Qatar invited the leadership from FIM Europe to Doha last weekend, ostensibly just for a celebration. The reality is we have a major election for our president in November and Qatar has hired entertainment to garner votes.”

He went on: “There seems to be a national strategy in Qatar to use . . . financial influence to bring major sporting events to their country, whether it’s motor sport or other sporting activities.” 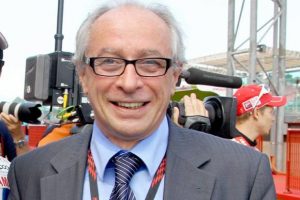 FIM president Vito IppolitoJorge Viegas, the FIM’s deputy president, who is standing for election as president, also criticised Attiyah. He said: “I would expect fair election, not these sad things, that will influence the elections. He uses his influence, his power, his money.”

Attiyah refused to comment on the junket. However, when asked by Viegas about allegations he had hosted a similar trip to try to sway voters during a previous election campaign, he reportedly replied: “No . . . I am not in [a] campaign, this is the way we have in Qatar to show that we are nice people and we want to welcome people.”

Attiyah was elected to his seat on the FIM board in 2010, and hosted around 50 federation members on a visit to Doha ahead of that vote. Guests said they had been given a guide to show them around, were treated to business-class flights and top hotels and were taken quad biking.

According to witnesses, Attiyah’s staff also handed out gold-coloured statues to voters at the 2010 FIM general assembly in Macau, China, where the election took place. 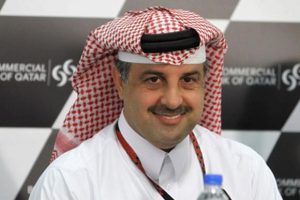 Nasser Khalifa Al Attiyah, head of the Qatar Motor and Motorcycle FederationQatar’s success in winning the right to host the 2022 World Cup is the centrepiece of the country’s wider ambition to become a key destination for international sport.

This year the small desert state will host more than 40 sporting events and it plans to bid for the summer 2024 Olympics despite failing to win the 2016 and 2020 contests and controversy over its extremely high summer temperatures.

Attiyah is rumoured to have agreed with the FIM president, the Venezuelan Vito Ippolito, that he will be appointed deputy president if both men are re-elected to the controlling board. They refused to comment on the rumour.

If he is appointed deputy, Attiyah will be one of the most powerful men in world motor sport. He is already a vice-president of the Fédération Internationale de l’Automobile, which controls Formula One, and he is expected to run for the FIM presidency in the next election in 2018. 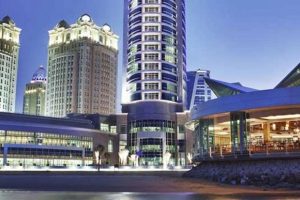 Delegates were allegedly treated to a stay at the Doha HiltonBased in Switzerland, the FIM controls more than 50 world motorcycle championships including high-profile contests such as the MotoGP and world superbike championships. The first race of every MotoGP season is held at Qatar’s impressive Losail International circuit, which is run by Attiyah.

Tracey Crouch, a member of the Commons culture, media and sport select committee, said: “It’s outrageous that Qatar appears to be using its financial muscle to curry favour with voters in a sporting ballot. They seem to have learnt nothing from the corruption scandal over the Qatar 2022 World Cup bid.”

Federation bosses who attended the Doha junket denied the hospitality would influence their votes, when contacted last week, and said there was nothing improper about Qatar hosting such a trip. A spokeswoman for Ippolito said there was a ceremony at the end of every MotoGP and he was surprised at the interest in the event last weekend.