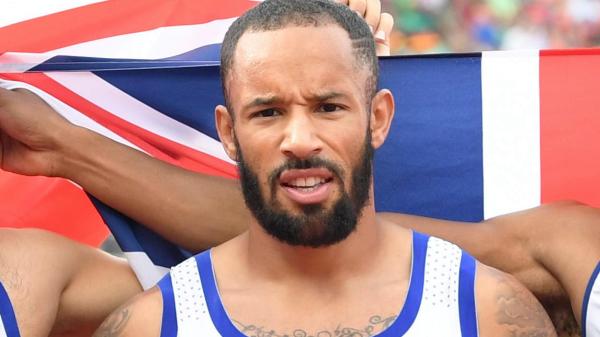 A British Olympic sprinter has suffered potentially career-threatening injuries during a head-on motorcycle accident in Spain.

James Ellington, 31, was riding the motorbike with another Team GB sprinter, Nigel Levine, 27, when they collided with a car that was being driven on the wrong side of the road.

They were in hospital in Tenerife after the accident on Tuesday night.

Ellington, a 4x100m relay European champion, is thought to have fractured the tibia and fibula bones in one leg and broken his pelvis.

“I truly am blessed as I do not know how me or my training partner Nigel are still alive,” he said last night. Levine, part of the 4x400m team in Rio, is not thought to have suffered a fractured pelvis as had initially been feared and his injuries are not serious.

The pair had decided to explore the north of Tenerife and were rounding a bend when they collided with the car. The driver was not injured.

Both sprinters were training at a British Athletics warm-weather camp in the Canary Islands.

His girlfriend and his mother were last night flying out to see him.

“This should never have been allowed to happen,” a leading athletics coach told. “They are grown men and a conversation should have taken place where it was agreed that it was not sensible to go out on motorbikes. Someone took their eye off the ball.”

British Athletics knew the pair were travelling but not that they were on a motorbike. They will stay in hospital in Tenerife until after the weekend while preparations are made in Britain for their rehabilitation once they are deemed stable enough to fly home. British Athletics and insurers are discussing whether they breached any insurance small print that may affect the cost of treatment or rehabilitation.

In 2012, Ellington, who has a daughter, India, six, auctioned himself on eBay to pay for his training for the London Olympics. Eventually he was sponsorsed by King of Shaves.

A British Athletics spokesman confirmed that the pair had been injured and said that both were receiving medical treatment and were conscious and stable. He added: “British Athletics medical staff are with the athletes and liaising with hospital staff over their treatment. We are in communication with their family members in the UK and will be keeping them informed.”

Members of Team GB took to social media to express their sympathy for the sprinters.