Home > Sport Cars > Mazda6 Skyactiv 2.2 Sport: Ah, Cherry Blossom, we are as one 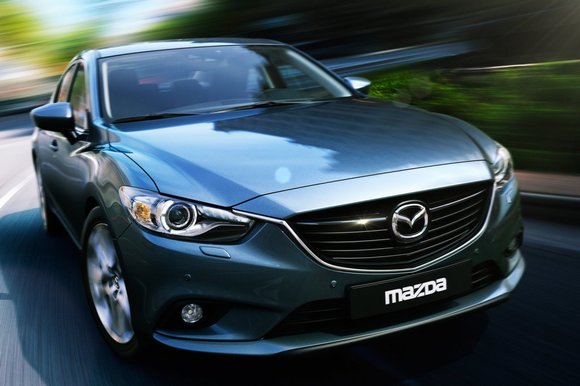 Mazda’s flagship saloon works hard to be in blissful harmony with the driver — just don’t ask what its ‘human-machine interface commander’ is for.

A NEW car from Mazda is always so much more than just a new car from Mazda. It’s also a chance to slip into the kimono of learning and immerse oneself in the intriguing otherness of oriental thought and culture, mulling over some of the key Japanese concepts that shape this company’s approach to car manufacture.

For instance, there’s the idea of jinba ittai — explained by Mazda executives as a blissful state of oneness between car and driver and which, it’s only fair to point out, can be achieved in other mid-range products, but generally only by consuming an awful lot of Red Bull before setting off.

And then, lacing through and around both those notions, is the idea of zoom zoom, Mazda’s upgraded version of Mr Toad’s “poop poop”. It’s more of an advertising jingle, really, than a Japanese cultural construct, but nevertheless, in its own way, it is a touchstone for the brand’s emphasis on nippy fun.

People at Mazda remain tenaciously fond of the phrase zoom zoom, although, in keeping with the age, the jingle has expanded to become “sustainable zoom zoom”, which is, if not a contradiction in terms, slightly more apologetic.

And so, with all this revolving in our minds, a group of us travelled to Lisbon last week to sit at the feet of the masters and contemplate the new version of the Mazda6, available in both the ancient, mystical forms of saloon and estate (although Mazda would prefer us to call them “sedan” and “wagon”).

As the flagship or, as we say, kikan of the range (with thanks to Google Translate), the Mazda6 has a lot on its plate. It must be seen to attain jinba ittai, it must embody kodo, it must zoom and zoom again, but sustainably — it must carry the torch for all of these things, and carry it high.

Well, it certainly looks good. With the hooked slope of the bonnet, the thick wheelarches and flattened wings, the saloon shares some of the simple, unforced joyfulness of the company’s peerless MX-5 roadster. It’s that relatively rare thing — a mid-priced Japanese saloon car that has no desire whatsoever to become a minicab. It makes the Volkswagen Passat seem dry, the Toyota Avensis look flat and the Audi A4 appear stuffy.

The cabin is a warmly enveloping place, too. Lines starting behind your elbow on the panel trim make the dashboard appear to rise, perfectly formed, from the doors.

There is generous use of satin-finished chrome and softened plastic. The obliging but easily confused TomTom sat nav, with its throbbing mauves and yellows, looks a little cheap and glaring in these sophisticated surroundings.

Mind you, only Mazda could refer to the knob that controls the sat nav screen as a “human-machine interface commander” — a classic instance of calling a spade a flat-planed, steel-derived gardening implement.

In the circumstances, the only thing to do was push the person-engine collaboration manager (the start button), get a grip on the man-tyre direction facilitator (steering wheel), select first using the earthling-transmission access boss (gearlever) and leave language behind on the kerb for a while.

I had the 2.2-litre diesel, in high-powered 173bhp form. (There is also a 148bhp version and a 2-litre petrol model.) A fair amount of rumble came from the road, but the steering was sports-car precise and the acceleration uncomplicatedly eager.

Thanks to the broad use of lightweight components seen last year in the celebrated CX-5 compact SUV, and known as Skyactiv (again, not strictly a Japanese term), this Mazda6 is 10% lighter than the last one, and up to 15% more economical.

It also comes with a new system called i-ELOOP, which isn’t a Japanese word, or, really, a word of any kind, but, rather, a noise — one forged, it would appear, by trying to say “intelligent energy loop” too soon after invasive dentistry. (Hearing people of diverse nationalities, including Japanese, German and Finnish, attempt to pronounce i-ELOOP was a highlight of last week’s international launch.)

The i-ELOOP system recoups energy generated during braking, which is a common enough idea these days, but given a new twist here in that the recouped energy is gathered in a capacitor, which is cleaner to make than the usual battery, and works more efficiently. Ten seconds of deceleration can pack enough energy away to power the car’s electrical systems for a minute — far outperforming even the most assiduous hamster on a treadmill.

The car also has a class-leading boot space and a class-leading stop-start system. (It reignites the engine just 0.34 seconds after you have taken your foot off the brake and pressed the clutch, which, according to Mazda, is a world and Olympic record in this event.) Meanwhile, hollow seatbacks produce, for the rear of the cabin, startling, almost limo-like quantities of knee room. Should your passengers’ knees swell to the size of footballs, there will be ample space for them here. And this is before we mention the optional 11-speaker Bose sound system, which essentially turns the car into the listening room in a high-end hi-fi store.

Did I achieve jinba ittai and feel my corporeality melt into the physical being of the car to the delicately balanced point where I was half-man, half-Mazda? Maybe not entirely, even on a long stretch of deserted country road near Lisbon with the radio up loud. But that doesn’t mean it isn’t a good car. Plus, I was behind the wheel for only a couple of hours and don’t these things take years of study?

Against: Refinement and residual values could be better