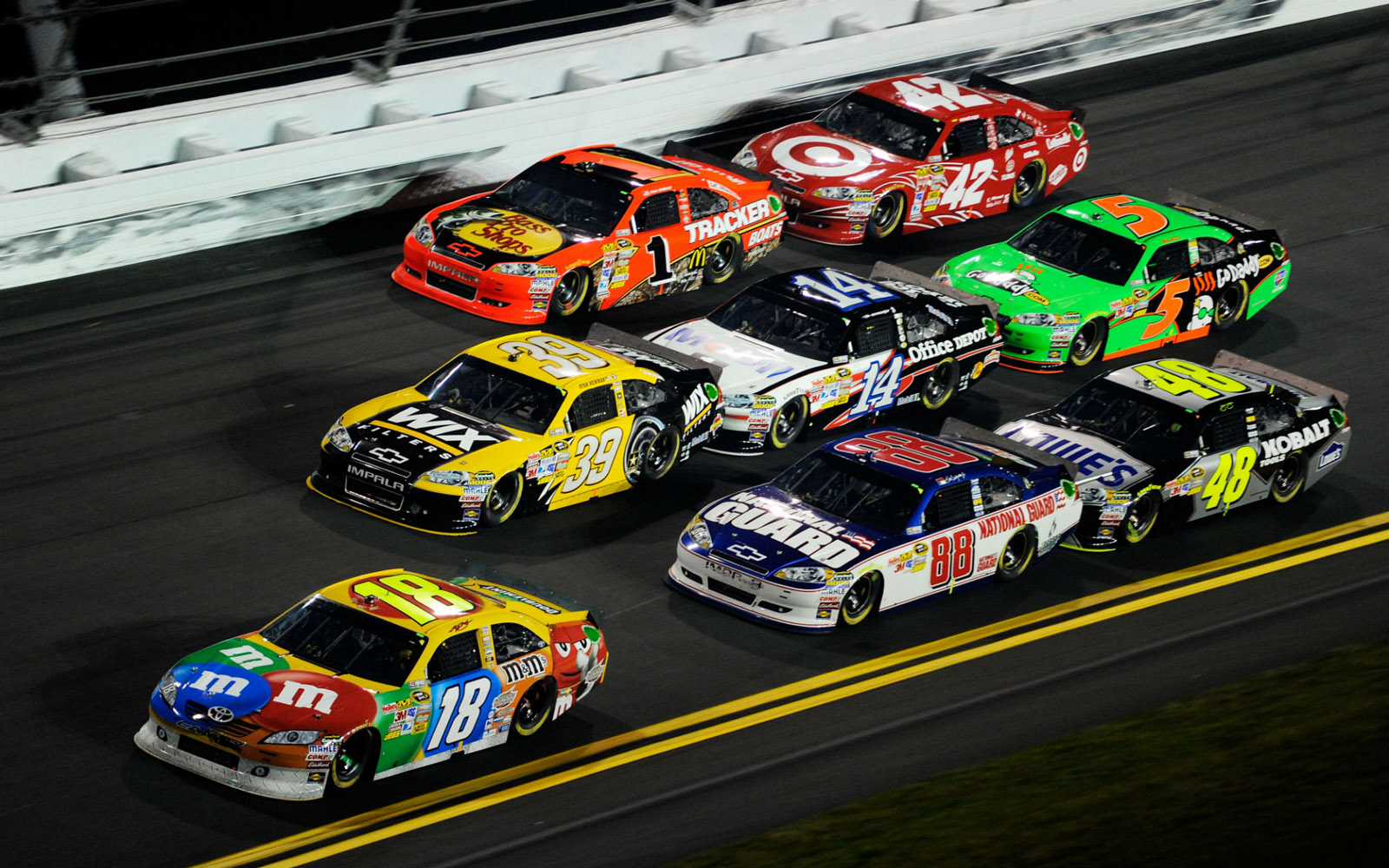 What it lacks in finesse, the US makes up for in size, brawn and chutzpah, and nowhere is this more true than in the world of cars. Forget your tweedy Astons and Italy’s prancing horses. For pure, raw, gas-guzzling mayhem it is muscle cars that hit the spot. And if there’s one word that encapsulates America’s obsession with them it’s Nascar.

This is the No 1 spectator sport in the US. But unlike the rarefied world of Formula One where the chance of getting behind the wheel of the cars is about as great as Jenson Button winning the championship, getting a drive in a Nascar racer couldn’t be easier. To drive a Nextel Cup car (Nascar’s top racing series), you need only a driving licence, a wad of money and to turn up on the right day at a racing school.

You don’t get to choose your car because your wheels choose you. These are the same vehicles that Nextel Cup drivers have only recently retired – their race-tuned engines, good for just 600 miles, have been swapped for similarly powerful 650bhp Chevrolet motors boasting rather more durability.

The seat positioning and pedals cannot be altered so you’re allocated a car to match your size.

It’s loud on the track – very loud. There’s no window holding back the noise. Nor is there an instructor sitting next to you, telling you to slow down. This is as real as it gets. And it is phenomenal.

“You’re doing 180mph, 4in from the ground,” says Corey LaCosta, a former Nascar champion. “Instead of a stereo and air-conditioning you have a window net, and there’s a huge motor screaming at you. There’s no other feeling like it in the world, and I live for it.”

Your 70 laps on the track are taken in stages over 1Å days and build up to a race at the end: if your foot’s heavy and your nerves are filled with liquid steel, just rise high onto the track’s top side and roar past your opponents.

Your instructor is in his own car 40ft in front of you: he’s quietly assessing your skill levels and second-guessing your intentions so he can ease you through your manoeuvres and make sure you don’t write off a $100,000 (£50,600) machine.

You could be at Alabama’s Talladega Superspeedway, Homestead-Miami Speedway, or even Lowe’s Motor Speedway in North Carolina – Nascar’s spiritual home. The huge logos above the oval-shaped ribbons of tarmac are just as cool as their names, and they evoke all the thrill of seeing Nascar on television multiplied by a thousand. “There’s nothing like Nascar,” says LaCosta. “It slots something into your memory banks that’s simply unforgettable.”

How to do it

Where Any of 11 racetracks across America

How The Jeff Gordon Racing School’s “world champion” experience is the pick of an extensive bunch of track days and culminates in a 12-car race. This is as close as it gets to Nextel Cup action. Jeff Gordon is the current No 1 on the Nextel Cup leaderboard (www.jeffgordonracingschool.com )

More information The sport’s official website is www.nascar.com , but one of the best fan sites is www.jayski.com , which features everything from driver profiles and statistics to details of Nextel Cup car colour schemes dating back to 2003