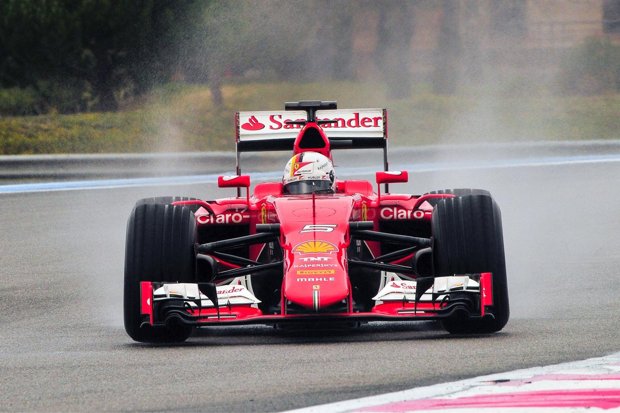 Sergio Marchionne, the head of Ferrari, ramped up the pressure on his team as he warned that the famous brand was being damaged by the dominance of Lewis Hamilton’s rival Mercedes squad.

The Ferrari president injected money into the sporting equation after the sports car marque was floated late last year on the New York Stock Exchange. From having a generous parent company in the shape of Fiat, the massive Italian carmaker, Ferrari will now have to stand alone and bad performances on the track could lead to bad financial performances.

“If we were to string together victories in F1 then it would improve our brand,” Marchionne told Gazzetta dello Sport, Italy’s biggest sports newspaper. “I was speaking with one of our car dealerships and we agreed that the results of 2015 helped bring back credibility to the brand. If we were to somehow fail to win a title over a ten-year span it would be a tragedy.”

This has become personal: Ferrari is without a champion driver since Kimi Raikkonen in 2007 and has not been the leading constructor since 2008. Since then, Red Bull and Mercedes have carved up the trophies between them. Lewis Hamilton has won back-to-back championships at a canter and few would bet against a Mercedes hat-trick this season.

Ferrari realised they had been left behind when the new regulations governing hybrid engines – petrol engines linked to battery power – were introduced. Ironically, it was Ross Brawn, who brought Ferrari a string of championships as technical director, who was quickest off the mark when he was in charge at Mercedes, firing the German brand into a so far unassailable lead in F1.

“I don’t want to criticise the past,” Marchionne added. “From what I saw we didn’t have the engine to win and the power unit wasn’t good enough.”

The result was blood on the carpets at the Maranello factory, which went all the way to the top with the dismissal of Luca di Montezemolo, the charismatic president who had led Ferrari back from the wilderness of 21 years without a title until 2000.

But Ferrari’s move into overdrive to rein in Mercedes this season will open up a “spending frenzy”, according to Adrian Newey, Red Bull’s chief technical officer. He believes that Mercedes and Ferrari are likely to try to outspend each other.

“The numbers being spent by the big manufacturers are eye-watering and so I think potentially for companies such as Renault who aren’t prepared to spend that sort of money, it means actually the gaps get bigger not smaller,” Newey warned.

Red Bull will be powered by Renault again this season, even though the French carmaker has the new problem of running its own factory team after buying out Lotus.

“The problem of course is that if Renault are not able to compete with the spend and development race then we are put in a position where neither they nor us can be fully competitive,” Newey said.