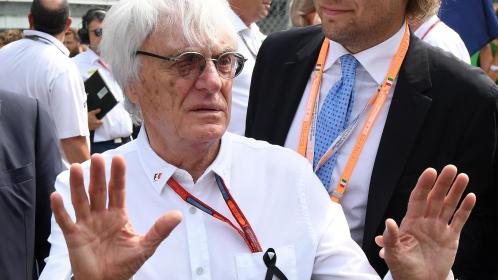 Bernie Ecclestone has threatened to walk out of Formula One after 40 years in charge as a takeover of the sport by an American media group faces an EU investigation.

Mr Ecclestone, Formula One’s billionaire chief executive, said that he would not be dictated to by new management from Liberty Media, part of the empire owned by the media mogul John Malone.

Mr Malone is thought to want to bring in Chase Carey, vice-chairman of 21st Century Fox, as Formula One’s executive chairman, which could put him on a collision course with Mr Ecclestone.

Mr Ecclestone, 85, was candid when asked if he would abandon the sport that has been his life and made him one of the richest men in Britain. “I guess the new man will want to come in and make some noises,” he said. “If I don’t like those noises, I will say adios.”

One source said that the Americans would turn to Sacha Woodward-Hill, Mr Ecclestone’s chief legal officer, to help run the business.

Liberty Media is widely expected to pay $800 million (£600 million) to CVC Capital Partners, Formula One’s controlling shareholder, for a 10 per cent stake, paving the way for a full takeover within six months.

Liberty is scheduled to make the payment tomorrow although Donald Mackenzie, the CVC chairman, said that the agreement was not yet final.

The entire deal could be jeopardised by EU competition investigators, who are ready to open an inquiry into allegations that the sport is run as a cartel for the benefit of the four leading teams, Mercedes, McLaren, Red Bull and Ferrari. It is understood that letters have gone out to Mr Ecclestone, CVC, the 11 Formula One teams and the FIA, the sport’s governing body, with a “request for information” — formal language that signals that an investigation is under way.

Mr Ecclestone was briefed on the EU inquiry at the Italian Grand Prix last weekend and warned that it could disrupt Formula One for years.

“It will be two years of aggravation,” Mr Ecclestone said. “We gave the teams almost $1 billion last year and the complaint is that the money wasn’t distributed equally. We don’t care who gets what, but the EU has obviously decided to take an interest.” Margrethe Vestager, the European commissioner for competition, has the power to force Formula One to tear up contracts and even fine the sport’s teams millions of pounds if she believes they received unfair or illegal payments.

She is in an aggressive mood, underlined by her recent decision to hand Apple a €13 billion tax bill.

The feeling is growing in Formula One that the sport faces the biggest potential shake-up since Mr Ecclestone took the wheel and turned grand prix racing into one of the most glamorous and richest sports in the world.