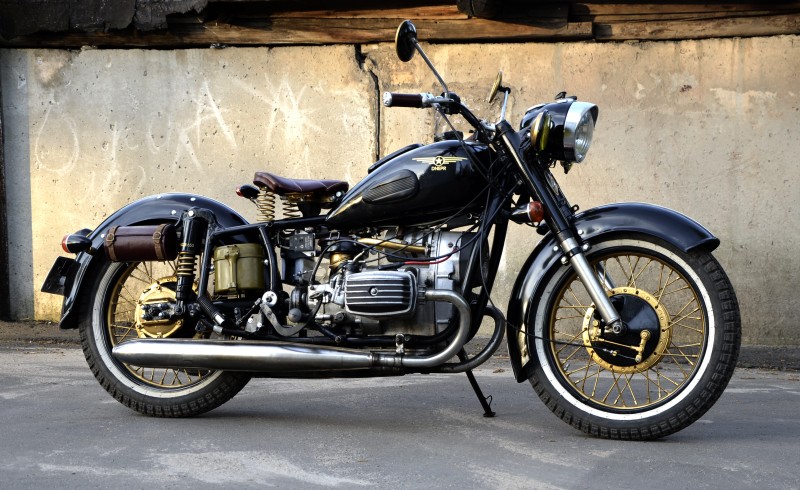 The other day, I came across something very old by age yet new to me – the so-called cossack motorcycles, specifically the heavy cossack motorcycles – Dnipro MT and Ural motorcycles. For anyone who loves past and is fond of biking, these will become a true revelation. They were firstly introduced in the middle of the 20th century in the USSR, and they rock since then. Their design hasn’t changed a lot since those years, but the technical part takes advantage of all the new specs of our time or at least tries to.

One of the most exciting parts that make these bikes work is their four-stroke boxer engines. Those engines haven’t changed much, but thanks to their flexibility they can be tuned heavily to meet the modern world demands. There are lots of enthusiasts who find new and new ways to increase the performance and reliability of those pieces of history. The parts get improved or replaced with new analogues to meet modern standards, and as an engine-lover, I can’t stop reading about them.

To learn more about these extraordinary bikes, I surfed the Internet and found a website run by a Ukrainian enthusiast Alex White – Cossack Motorcycles. There I found a lot of interesting details about those bikes, and with every article the topic becomes more exciting. For example, these motorcycles were mostly equipped with sidecars, as it made them more suitable for using in military at that time. Moreover, such bikes were popular both in the USSR and among their allies, as well as worldwide. Interesting thing, the items for export were told to be of a higher quality that those for domestic use.

I heard many people still think those old-school military-looking Dnipro MT and Ural are just a voice from the past. Still they are powerful enough to be used and are quite in demand among different collectors and folks who love having something extraordinary. As pieces of art, tuned versions appear in many valuable collections. As working motorcycles, they appear in cinema, like a Dnipro MT that was featured in the Indiana Jones franchise as a Nazi bike, ironically.

After reading more, it finally came to my attention that Dnipro MT and Ural are actually different bike brands with similar designs. Both have many models, almost all of them with a story. There may actually be a list of interesting facts about most models and lineups of those heavy motorcycles. Dnipro MT bikes, for example, were quite popular in the Soviet biker movement who called themselves rockers. Those bikes were easier to tune, making them faster and more intense in design.

There’s a lot more to tell, so make sure you read something on cossack motorcycles. It’s not that I want to purchase one, though, as I’ve never been a huge biking fan. However, these bikes deserve recognition, so I thought you might be interested in getting familiar with them. Old-school doesn’t mean outdated, and I’m definitely going to explore these bikes for myself.