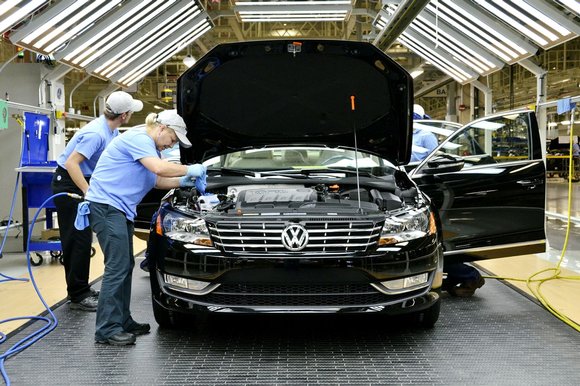 The manufacturers have allegedly programmed their vehicles to spot when they are in test conditions so they can switch on systems that temporarily lower the emission of toxic gases.

Tests on cars made by six different companies show they emit up to 9½ times more toxic nitrogen dioxide (NO2) on the road than they do in lab-based emissions tests.

Last week the US Environmental Protection Agency (EPA) accused Volkswagen of secretly installing illegal “defeat devices” into its cars to switch on the systems that remove pollutants from exhaust fumes when they are being tested, and switch them off once the test is over.

The EPA ordered VW, which admitted the offence, to recall almost 500,000 diesels including its Jetta, Beetle, Golf and Passat models, as well as the Audi A3, which is made by Volkswagen Group. 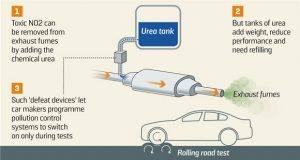 This weekend Transport and Environment (T&E), a Brussels-based research organisation, said its data suggested the same trick was being used in Europe and could involve other manufacturers too.

In the EU new diesel models must pass tests showing the cars emit no more than 80 milligrams of NO2 per kilometre.

T&E’s data shows, however, that vehicles from VW, Audi, Citroën, Vauxhall, BMW and Mercedes-Benz emitted on average four times more than the legal limit on the road — even though they had all passed the EU tests. The worst models were up to 9½ times over the legal NO2 limit

Such discrepancies had been blamed on the test regime failing to replicate road driving, but Greg Archer, of T&E, said road emissions were too far above the legal limit for such an explanation.

He called on Britain’s Vehicle Certification Agency and the European Commission to investigate whether VW and others were using similar systems on EU cars.

“The gap between the legal limit and the pollutants actually emitted is so great that it suggests cars’ electronic control units have been programmed to detect when a test is under way and cut emissions til it is over,” said Archer.

Most emissions reduction systems work by releasing urea into exhaust fumes to mop up NO2 , but having them on all the time would mean drivers must keep refilling the urea bottle and performance would fall.

Mike Hawes, chief executive of the Society of Motor Manufacturers and Traders, said there was “no evidence“ that makers cheat the EU’s system.

“Test vehicles are removed from the production line randomly and must be standard production models, certified by the relevant authority.

“The industry acknowledges the test method is outdated and is seeking agreement from the European Commission for a new test that is more representative of on-road conditions.”