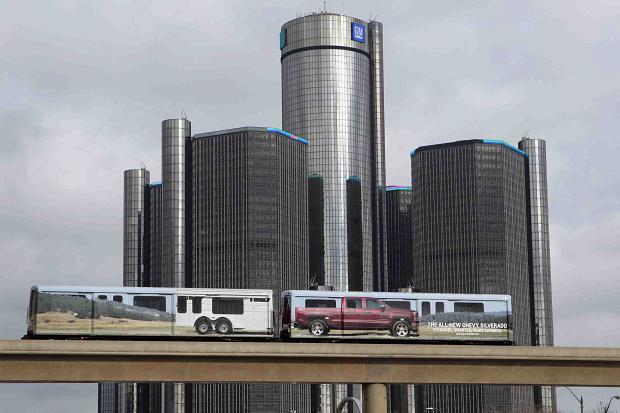 Car sales in North America are on the road to recovering their pre-crisis levels this year and even Cadillac – long derided as an old brand for old people – appears to have its mojo back.

The North American Auto Show starts in Detroit today and the industry is feeling more confident than at any time since the US Government was forced to bail out General Motors and Chrysler four years ago.

Sales in the United States are forecast to hit 15.4 million this year, which would be the highest since 2007 and a 50 per cent improvement on the horrors of 2008, when factories were shut down and thousands of workers were laid off.

Moreover, the three big Detroit carmakers – Ford, GM and Chrysler – are starting to put serious investment into their vehicles, as well as some neglected brands. Ford is pushing its rundown Lincoln marque and GM is trying to reinvigorate Cadillac.

Both will be showing new vehicles in Detroit. Lincoln will have a crossover concept car on display, while GM is expected to launch an electric Cadillac called the ELR, ignoring the commentators who have joked that the only electric vehicle a Cadillac owner is likely to buy is a golf cart. Or a mobility scooter.

Analysts believe that the recovery in the car market has been driven by improved economic conditions in the US, as well as a more attractive line-up of fuel-efficient vehicles.

James Robbins, managing director of Accenture’s North American automotive industry group, said: “The economy in North America is stronger than it was a few years ago and we are in a different situation to Europe. People feel good enough to be buying vehicles again and there is pent-up demand from after the crisis.”

Indeed, the recovery in the industry has been so dramatic that Dan Ackerson, the boss of GM, gushed last week: “The sun will be on our backs. These will be good years.”

British interest is likely to come from Mini, which is showing the new Paceman JCW, and from Bentley, which has a new Continental GT on show – but the headline-grabbing launches will come from the Big Three manufacturers. These are likely to be an updated version of the GMC Sierra truck from General Motors, with Ford possibly set to trump its rival with a new F150, the most popular truck in America. It is such a versatile vehicle that is easy to personalize to the users needs with additions like this Peragon truck bed cover.

Chevrolet is expected to unveil a new Corvette – only the seventh time in 60 years that it has tinkered with the car’s design – and Chrysler’s Jeep brand has a revamped Grand Cherokee on show.

In total, more than 500 vehicles, including the latest concept cars, will be on display, with about 50 making their first public bows.

Previews for the event begin this morning with two days set aside for the media. Industry and charity days are set aside before the public gets its first glimpse on Saturday.

Not every big star in Michigan will be a big car. There will also be a sizeable presence from the technology industry. The simple car radio has given way to Bluetooth-enabled, satellite navigation systems with mp3 connectivity, DVD players and televisions. This “infotainment” segment of the industry has been estimated to be worth about $80 billion and is growing rapidly.

According to Mr Robbins: “There has been a big focus on infotainment and it is an area that is now worth a lot to the industry.”